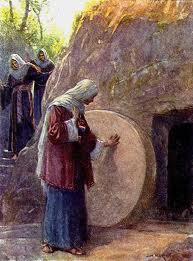 Throughout the years, skeptics have offered a wide range of naturalistic explanations to the resurrection hypothesis. If you want to study the problems of each of these- click here:

We must not forget that within Judaism there is a term called “avodah zara” which is defined as the formal recognition or worship as God of an entity that is in fact not God i.e., idolatry. In other words, the acceptance of a non-divine entity as your deity is a form of avodah zara. (2) As of today, traditional or Orthodox Judaism still upholds the position that Jewish people are forbidden to pray and worship anyone other than the God of Israel (Ex. 20:1–5; Deut. 5:6–9).

In light of this issue, one theory is that Jesus’ deity can be attributed to an apotheosis legend. In an apotheosis legend, a human becomes one among many gods. The New Testament seems to show the rejection of an apotheosis category for Jesus given that the early Jewish followers of Jesus refused worship (Acts 14:15) as did angels (Rev. 22:8–9). There are also references to the negative views of gentile polytheism (Acts 17: 22-23; 1 Cor 8:5). Gentiles were regarded as both sinful (Gal 2:5) and idolatrous (Rom 1:23). To read more about this, see Paul Eddy’s essay called, Was Early Christianity Corrupted by Hellenism?

In light of these issues, what has the best explanatory power for a more explicit Christology in a very short time interval after the death of Jesus?

In their book  The Jesus Legend, The: A Case for the Historical Reliability of the Synoptic Jesus Tradition, Gregory Boyd and Paul Eddy say,

“During the reign of Pilate and Herod, when Caiaphas was high priest, we find a Jewish movement arising that worships a recent contemporary alongside and in a similar manner as Yahweh-God. To call this development “novel” is a significant understatement. In truth, it constitutes nothing less than a massive paradigm shift in the first century Palestinian Jewish religious worldview.” (3)

Here is a distinct echo of the Shema, a creed that every Jew would have memorized from a very early age. When we read Deuteronomy 6:4-9, which says, “Hear O Israel! The Lord our God is our God, the Lord is one,” Paul ends up doing something extremely significant in the history of Judaism.

A glance at the entire context of the passage in 1 Corinthians 8:5-6 shows that according to Paul’s inspired understanding, Jesus receives the “name above all names,” the name God revealed as his own, the name of the Lord. In giving a reformulation of the Shema, Paul still affirms the existence of the one God, but what is unique is that somehow this one God now includes the one Lord, Jesus the Messiah. Therefore, Paul’s understanding of this passage begets no indication of abandoning Jewish monotheism in place of paganism.

For a Jewish person, when the title “Lord” (Heb. Adonai) was used in place of the divine name YHWH, this was the highest designation a Jewish person could use for deity. Furthermore, it would have been no problem to confess Jesus as prophet, priest, or king since these offices already existed in the Hebrew Bible. After all, these titles were used for a human being. There was nothing divine about them.

Another passage that stands out is 1 Corinthians 16:22: “If anyone does not love the Lord, let him be accursed. Maranatha.” Maranatha means “Our Lord Come!” Because this liturgical expression was present at the worship gathering for Jesus to come eschatologically, it is evident that this was a plea that was a widely known feature of early Christian worship that started among Aramaic-speaking believers and had also become a part of the prayers among Pauline Christians. Hurtado says, “What is even more significant is that there is nothing in comparison to a corporate invocation to Jesus to any other group related to a Jewish tradition at that time period.” (6)

As I said, one thing that can be observed by the historian is cause and effect. In other words, a historian can observe the effect- the radical shift in the devotional practice of the early Christian community. While the Jesus devotion of the early Christian community is related to the disciples experiences with Jesus before the resurrection, there is no doubt that Hurtado’s comments about Jesus’ messianic work by being raised from the dead certainly lends credence to the fact that He was worthy of their worship and devotion.

The Cause for Jesus Devotion? Paganism, Hellenism, Mystery Religions?

Now I know the skeptic will try to find some naturalistic explanation to explain the “shift” in the devotional practice of these early Jewish believers. As I said, there are also references to the negative views of gentile polytheism (Acts 17: 22-23; 1 Cor 8:5). Gentiles were regarded as both sinful (Gal 2:5) and idolatrous (Rom 1:23). To try to say that during the Second Temple period that the early Jewish believers were syncretistic is problematic.

Sadly, the internet is loaded with short, reductionistic answers that are poorly researched and pay little attention to the critical methods involved in doing history. In other words, the statement, “There is nothing original about Christianity” is an oversimplification. Regarding this issue, it would also be helpful to understand the Second Temple Judaism period. To see an extensive overview of this topic, see Glen Miller’s article here:

T.N.D. Mettinger, a Swedish scholar, professor of Lund University, and member of the Royal Academy of Letters, History, and Antiquities in Stockholm, has written a recent book on one of the academic treatments of the dying and rising gods in antiquity.

Mettinger arrives at four conclusions as a result of his research: This info is pointed out in Mike Licona’s The Resurrection of Jesus, A New Historiographical Approach:

1. The world of the ancient Near East religions actually knew of a number of deities that may be properly described as dying and rising gods (217).

2. These examples listed “long before the turn of the Christian era, in pre-Christian times”  (217).

3. One could not hypostasize these gods into a specific type ‘the dying and rising god.” On the contrary, the gods mentioned are of very different types, although we have found tendencies to association and syncretism.” (218)

4. The gods that die and rise have close ties to the seasonal cycle of plant life. The summer drought is the time when their earth can mourned ritually. The time after the winter rains and flooding may rovide the occasion for the celebration of their return. (219)

What about Jesus as a dying and rising god? Mettinger says the answer is beyond the scope of his study. However, he makes the following notes:

“For the earliest Christians, “the resurrection of Jesus was  one-time event, historical event that took place at one specific point in the earth’s topography. The empty tomb was seen as a historical datum (221). Whereas the death and rising gods were losely related to the seasonal cycle with their death and return were seen as reflected in the changes of plant life. The death and resurrection of Jesus is  one-time event, not repeated, and unrelated to seasonal changes……  (221).

The death of Jesus is presented in sources as vicarious suffering as an act of atonement for sins. The myth of Dumuzi has an arrangement with bilocation and substitution, but there is no evidence for the death of the dying and rising gods as vicarious sufferings for sins” (221). There is, as far as I am aware, no prima facie evidence that the death and resurrection of Jesus is a mythological construct, drawing on the myths and rites in the dying and rising gods of the surrounding world. While studied with profit against the background of Jewish resurrection belief, the faith in the death and resurrection of Jesus retains its unique character in the history of religions. The riddle remains.” (7) 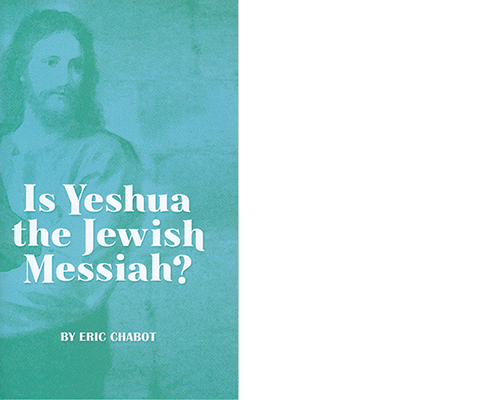