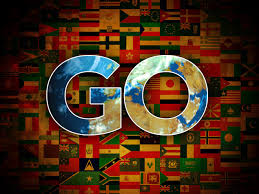 As I reflect on teaching apologetics for quite some time, I am more convinced that the starting place for motivating people to defend the Christian faith in the public square starts with a proper understanding of a theology of mission. Almost every time I have  taught an apologetics class, I always start with this topic. After all, why should we as Christians want to reach out into the culture around us with the Gospel? Why should we even want to defend the Christian faith in the marketplace of ideas? I find that many Christians aren’t motivated to learn about apologetics because they are not engaging the culture. And if they aren’t engaging the culture, they aren’t  getting challenged in their faith. So I want to go ahead and give a small overview of a theology of mission in the Bible.

Mission in the Bible

Sometimes, it is assumed that mission starts with Matt 28:19. This is incorrect:  A theology of mission starts in Genesis.  It is after the fall of man has taken place that God makes the first messianic promise:

“God said ‘And I will put enmity between you and the woman, and between your offspring and hers; he will crush your head, and you will strike his heel.’ ” (Gen. 3:15).

The  promise of a Redeemer would to be the “offspring” or “seed” of the women.  The messianic interpretation of Gen 3:15 is recorded in the Palestinian Targum, (first century C.E.) which takes the Serpent of Gen 3:15 as a symbol of the Devil who will be ultimately overcome at the end of the times by the “King Messiah”:

Vs 15: “And I will put enmity  between thee and the woman, and between the seed of your offspring and the seed of her offspring; and it shall be that when the offspring of the woman keep the commandments of the Law, they will aim right [at you] and they will smite you on the head; but when they abandon the commandments of the Law, you will aim right [at them], and you will wound them in the heel. However, for them there will be remedy but for you there will be none, and in the future they will make peace with the heel of the king, Messiah.” [1]

I should also note in Dr. Alfred Edersheim’s  classic work, The Life and Times of Jesus the Messiah (appendix 9),  mentions additional rabbinic opinions supporting the understanding that Genesis 3:15 refers to the Messiah. The point is that we see what is called the “the Proto-evangelium” or the beginning of salvation history.  God was planning on doing something for the entire world.

We next turn to God’s calling upon Israel. Israel’s calling was to have an inward focus in that  that parents were expected to repeat the stories of deliverance to their children (Ex. 12:24-27; Deut. 6:4-9; Isa. 38:19): “One generation commends your works to another; they tell of your mighty acts.”

They speak of the glorious splendor of your majesty, and I will meditate on your wonderful works” (Ps. 145:4, 5). The account of God’s goodness was to be passed on from each generation to the next. “Tell your children and grandchildren” (Ex. 10:2) is God’s crucial instruction. Israel was also called to an ethical distinctiveness (Lev. 11:44, 45; 18:3; Micah 6:6-8). They were to be committed to a to be a holy nation because people would either be attracted or repulsed by their witness to the true God.

Israel also was called to have an outward focus. We see the unique calling in this area in the Abrahamic Covenant .  The promise to Abraham in Gen 12:3 exhibit’s God’s plan to bless the nations. Therefore, the Messianic blessing is for all the world . All peoples on all the earth – 70 nations at the time- would be beneficiaries of the promise-(Gen. 12:2–3; cf. 22:18; 26:4; 28:14). So it could not be clearer that  God intended to use Abraham in such a way that he would be a channel of blessing to the entire world. The election of Israel was for a universal goal which is the redemption of humanity.  Also, the worldwide  purpose of Israel is made even clearer in Ex. 19:. Israel as a whole nation was to be  “a priestly kingdom,” “a royal priesthood.”

The prophets also wrote  about Israel’s calling to the nations.  In Jeremiah 1:5, the prophet is chosen by God, not simply as a prophet to Israel, but as prophet “to the nations.” Other prophets like Jonah or major writing prophets,  included large portions of their works  discussing the Gentile nations of their day (Isa. 13-23; Jer. 46-51; Ezek. 25-32).  Even in Isaiah 19:19-25: Israel, Egypt, and Assyria will eventually become the three peoples of God. Isaiah includes Israel’s enemy from the past (Egypt) as well as an enemy from the present (Assyria) among the future people of God. Even in  Isa. 49:1-7 we how the Servant The Servant of the Lord is a chosen instrument by the Lord will be used to help Israel fulfill their calling to the nations. (1–3). The Servant glorifies the Lord before Israel and brings back the remnant of Israel ( 5–6). He has calling to all the nations (Gentiles). Kings and princes shall see and bow down to the Servant (vs. 7). Yet, for the sake of the glorified name of the Lord, this Servant also suffers (vs 4), being despised and abhorred by Israel (vs 7).

Furthermore, the temple in Jerusalem will be the mega-world center for true worship (Isa. 2:2) and everyone will come there and learn how to worship the true God (Isa. 2:3, 4; 56:2-8; 62:9-11). “This is what the Lord Almighty says: ‘In those days ten men from all languages and nations will take firm hold of one Jew by the hem of his robe and say, “Let us go with you, because we have heard that God is with you” (Zech. 8:23).

The Gospel of Matthew: God’s Plan for Israel and the Nations

Given the Messiah is the ideal representative of His people, it should be no surprise that Matthew says, “The record of the genealogy of Jesus the Messiah, the son of David, the son of Abraham” (Matt. 1:1). The Messiah is not only of Davidic descent, but will bring fulfillment to the Abrahamic Covenant. Matthew emphasizes Jesus’ mission to help Israel fulfill its calling in the following passages:

“Do not go among the Gentiles or enter any town of the Samaritans. Go rather to the lost sheep of the house of Israel” (Matt 10: 5-6);

At the end of Matthew that Jesus commands his followers to bring the nations into God’s redemptive plan (Matt 28:19).

We go onto read in Ephesians 2: 11-3:6, the Gentiles recipients are addressed as those who were formally without the Messiah. They were “aliens from the commonwealth of Israel, and strangers to the covenants of promise, having no hope and without God in the world” (Eph. 2: 12).  Israel was already near (Eph. 2:17), but the good news is that now along with Gentiles they even brought closer to God (Eph. 2:18).  The Messiah had done marvelous work by breaking down the barrier between Jew and Gentile. We are one new man! (Ephesians 2:13-17).

Romans 11: 12 indicates a staged progression in blessing the Gentiles. The “riches” Gentiles are experiencing now during the state of Israel’s “stumbling” will escalate with the “full number” of national Israel’s salvation (see Rom. 11:26). The 10 references to “Israel” in Romans 9-11 refer to ethnic Israel so the Israel who will be saved in Rom 11:26 must refer to ethnic Israel. Israel will experience a national restoration and salvation at some point in the future.  There is no reason to think that “Israel” in Rom 9-11 is referring to ‘spiritual Israel’ which is composed of Jews and Gentiles.  Also, there is no use of “Israel” in the Gospels/Acts which does not refer to the Jewish people/nation, the Israel of the Jewish Scriptures.  Israel will be grafted back in when the fullness of the Gentiles leads it to respond (Rom 11:11-12; 15, 30-32).  [2]

The Messiah Has Come

In progressive revelation, there are many cases where the New Testament declares explicitly what was only implicit in the Jewish Scriptures. One of these truths is the Jesus is the long awaited Messiah who takes away not only the sins of Israel, but the entire world (John 1: 29; 3: 16). Although general revelation shows man is under condemnation, it is not sufficient for salvation. The ultimate special revelation that God has given to mankind is the person of Jesus the Messiah.

While Christianity is a Jewish story and salvation is from the Jews (John 4: 22), Paul makes it know that there is no distinction between Jewish and non-Jewish people. Both are under sin and must turn to God through repentance and faith through Jesus the Messiah. (Rom. 3: 9; Acts 20:21). For those who have already rejected Jesus as the Messiah, Jesus states that they already under condemnation (John 3: 16, 18).

The normative way God reveals Himself to all humans is through the proclamation of the Gospel by a specific individual who takes the initiative to explain the message of salvation to another. This matches up with the biblical data. There are cases in the Bible where people are sincerely religious but still had to have explicit faith in Jesus as Savior and Lord. For example, in Acts 10, Cornelius is shown to be a God fearer. He worshiped the correct God. However, he received a vision with instructions to send for Peter and awaited his message (Acts 10: 1-6, 22, 33; 11: 14). Because Cornelius ended up responding to special revelation concerning Jesus the Messiah, he attained salvation. In the Bible, people do experience salvation by the explicit preaching of the gospel (Luke 24:46-47; John 3:15-16;20-21; Acts 4:12; 11:14; 16:31; 1 Cor. 15:1-4; Heb. 4:2; 1 Pet.1:3-25; 1 John 2:23; 5:12).

One of the largest obstacles in motivating people to obey the Great Commission is a fear of rejection, misunderstanding, or ridicule. Perhaps we forget that Paul wrote to Timothy, “For God has not given us a spirit of timidity, but of power and love and discipline” (2 Tim. 1:7). The fear of being rejected by people does not come from God. Since the primary role of the Holy Spirit is to magnify the person of Jesus (John 16:12-15), He is faithful to enable us to share the gospel with the people He brings into our lives. The motivation for communicating the gospel is a compassion for people and a desire to bring glory to God. It is incumbent upon each follower of Jesus to ask whether they will make a commitment to obey God.

In the end, the net result of teaching on the role of mission in the Bible should be a fresh zeal for sharing the Gospel with a lost and needy world.  The God of the Bible is a missionary God!  Starting with Abraham, the plan was set for the entire nation to be involved in a ministry of being priests and witnesses to the entire world. Jesus has now authorized his followers to do the same (Matt 28:19).  When Christians start sharing their faith on a regular basis, the objections will come. Hence, they should see the need for apologetics.

[2] These points are laid out in Michael J. Vlach, Has the Church Replaced Israel?: A Theological Evaluation (Nashville, TN : B&H Academic, 2010)

3 thoughts on “Why A Theology of Mission is the Starting Point for Learning Apologetics!”