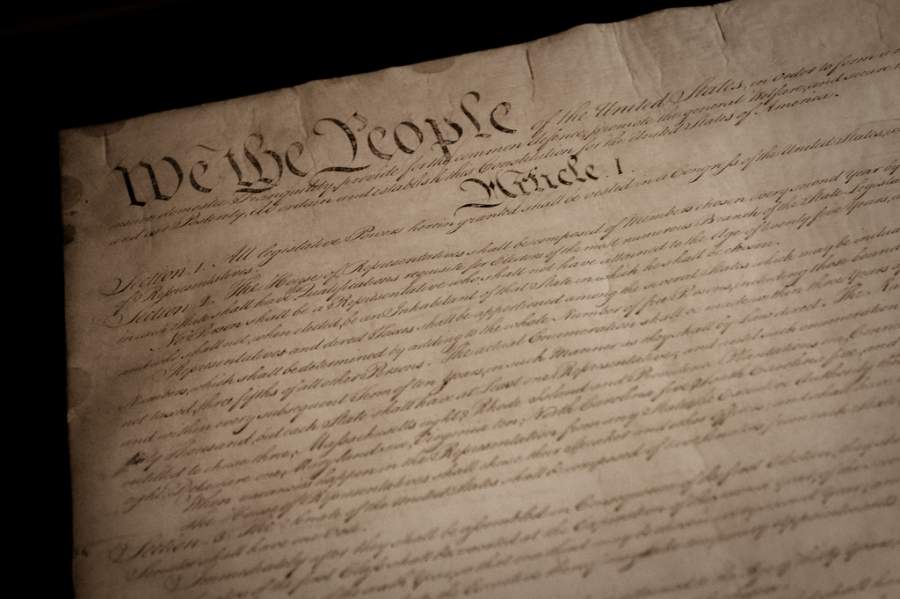 As we celebrate Independence Day, we shouldn’t overlook The Declaration of Independence. In it, we see that God’s revelation in nature itself allows for the grounding of human rights and human dignity. As Stephen Meyer points out,  Jefferson  wrote the Declaration, asserting the inalienable rights of human beings derived from “the Laws of Nature and of Nature’s God. Also, from a Biblical standpoint, all human beings enjoy the right to life and the resources to sustain it, for life is a gift from God. Thus all humans have a right to human dignity (i.e. the right to receive respect irrespective of age, gender, ethnicity or rank or any other way). NOTE: I chose to the use the word ‘ethnicity’ instead of race since the Bible doesn’t teach there are races. There is only one race which is the human race.  We also have a responsibility to secure/protect/establish the rights of others.

Theism has a clear teleology which is the belief in or the perception of purposeful development toward an end, as in nature or history. Many atheists adhere to a naturalistic worldview which has no teleology. In other words, humans are a blind cosmic accident who came from a process that has no meaning, no purpose, no goal, no directions. Therefore, teleology has a goal in mind and evolution has been seen to run down dead ends many, many times. As Richard Dawkins says:

Humans have always wondered about the meaning of life…life has no higher purpose than to perpetuate the survival of DNA…life has no design, no purpose, no evil and no good, nothing but blind pitiless indifference-Scheff, Liam. 2007. The Dawkins Delusion. Salvo, 2:94.

A ways back, my friend Wintery Knight posted this on his blog:

“If you love to listen to the Please Convince Me podcast, as I do, then you know that in a recent episode, J. Warner Wallace mentioned a blog post on an atheistic blog that clearly delineated the implications of an atheistic worldview. He promised he was going to write about it and link to the post, and he has now done so.

“[To] all my Atheist friends.

Let us stop sugar coating it. I know, it’s hard to come out and be blunt with the friendly Theists who frequent sites like this. However in your efforts to “play nice” and “be civil” you actually do them a great disservice.

We are Atheists. We believe that the Universe is a great uncaused, random accident. All life in the Universe past and future are the results of random chance acting on itself. While we acknowledge concepts like morality, politeness, civility seem to exist, we know they do not. Our highly evolved brains imagine that these things have a cause or a use, and they have in the past, they’ve allowed life to continue on this planet for a short blip of time. But make no mistake: all our dreams, loves, opinions, and desires are figments of our primordial imagination. They are fleeting electrical signals that fire across our synapses for a moment in time. They served some purpose in the past. They got us here. That’s it. All human achievement and plans for the future are the result of some ancient, evolved brain and accompanying chemical reactions that once served a survival purpose. Ex: I’ll marry and nurture children because my genes demand reproduction, I’ll create because creativity served a survival advantage to my ancient ape ancestors, I’ll build cities and laws because this allowed my ape grandfather time and peace to reproduce and protect his genes. My only directive is to obey my genes. Eat, sleep, reproduce, die. That is our bible.

We deride the Theists for having created myths and holy books. We imagine ourselves superior. But we too imagine there are reasons to obey laws, be polite, protect the weak etc. Rubbish. We are nurturing a new religion, one where we imagine that such conventions have any basis in reality. Have they allowed life to exist? Absolutely. But who cares? Outside of my greedy little gene’s need to reproduce, there is nothing in my world that stops me from killing you and reproducing with your wife. Only the fear that I might be incarcerated and thus be deprived of the opportunity to do the same with the next guy’s wife stops me. Some of my Atheist friends have fooled themselves into acting like the general population. They live in suburban homes, drive Toyota Camrys, attend school plays. But underneath they know the truth. They are a bag of DNA whose only purpose is to make more of themselves. So be nice if you want. Be involved, have polite conversations, be a model citizen. Just be aware that while technically an Atheist, you are an inferior one. You’re just a little bit less evolved, that’s all. When you are ready to join me, let me know, I’ll be reproducing with your wife. I know it’s not PC to speak so bluntly about the ramifications of our beliefs, but in our discussions with Theists we sometimes tip toe around what we really know to be factual. Maybe it’s time we Atheists were a little more truthful and let the chips fall where they may. At least that’s what my genes are telling me to say.”

And Cornell University atheist William Provine agrees: (this is taken from his debate with Phillip E. Johnson)

Let me summarize my views on what modern evolutionary biology tells us loud and clear — and these are basically Darwin’s views. There are no gods, no purposes, and no goal-directed forces of any kind. There is no life after death. When I die, I am absolutely certain that I am going to be dead. That’s the end of me. There is no ultimate foundation for ethics, no ultimate meaning in life, and no free will for humans, either.

Even Ron Bonteke says the following:

“Human beings cannot be deserving of a special measure of respect by virtue of their having been created ‘in God’s image’ when they have not been created at all (and there is no God). Thus the traditional conception of human dignity is also undermined in the wake of Darwin.”–Ron Bontekoe, The Nature of Dignity (Lanham, MD: Rowman & Littlefield, 2008), 15– 16.

In his book An Atheist Defends Religion: Why Humanity Is Better Off With Religion Than Without It, author Bruce Sheiman gives a general outline of how atheists account for how we got here:

So if we look at these comments by Dawkins, Provine, Bontekoe, as well as the model here proposed by Sheiman, it is obvious that theism has better explanatory power in grounding human rights and human dignity. This doesn’t mean atheists and skeptics can’t treat people with respect and dignity. But for those who are so adamant about securing and protecting human rights, where does the moral obligation come from to do this, and what in the heck makes humans suddenly have so much value and dignity?