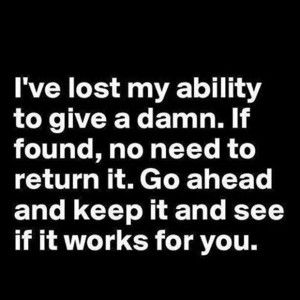 After talking to hundreds of college students for several years about spiritual beliefs, one thing that comes up from time to time, is whether the existence of God is even relevant. In other words, the discussion kind of goes like this: “I don’t see what difference God would make in my life!

The comment “I don’t see what difference God would make in my life!” displays a very pragmatic view of truth. I have discussed the problem with this elsewhere. But when a student says God’s existence isn’t really relevant, my first response is to try to get them back to the issue of truth. After all, if there is a God and He does exist and it turns out Jesus is His Son, that is an objective reality. It has zero to do with how I feel about it. And the truthfulness of it isn’t determined whether the person stays busy and says “I don’t care if God exists.” Another issue that comes up are the following worldview questions:

• Origins: How did it all begin? Where did we come from?
• The Human Condition: What went wrong? What is the source of evil and suffering?
• Redemption: What can we do about it? How can the world be set right again?
• Morality/Human Rights, Human Dignity: What is the basis for morality? In other words, how do we know what is right and wrong? What is the basis for human rights, moral values, moral duties, human dignity, and equality?
• History: What is the meaning of history? Where is history going?
• Death: What happens to a person at death?
• Epistemology: Why is it possible to know anything at all?
• Ontology: What is reality? What is the nature of the external reality around us?
• Purpose: What is man’s purpose in the world

Now after looking at these worldview issues, I think the one that is the question that is the most pressing one is the morality, human rights, and human dignity issue. This issue is directly related  to the the origins question. They can’t be separated. Just recently in the recent presidential debate, the abortion topic came up. That is directly related to one’s view of humans and what makes them valuable. Of course, on a theistic worldview, human aren’t valuable based on their function. They are valuable based on their nature or essence. It is quite obvious we live at a time where people are obsessed with human rights, justice, and equality. I discuss why theism lays the foundation for these features of reality here.

So in the end, when I run into college students that are apathetic about the existence of God, I now ask them if they think humans are valuable and whether they believe in justice, equality, and human rights. Every single time, the student says “Yes!” So now the door is open to discuss the origins question and how that relates to the human dignity and equality issue. Robert Spizter helps us understand the importance of this topic. He says:

“The best opinion or theory is the one that explains the most data. The general principle is this: opinions that explain the most data and are verified by the most evidence are better than those that do not. The vast majority of people consider this principle to be self-evident because if greater explanatory power and more evidence is not better, then additional evidence and explanatory power add nothing, which means that all evidence and explanatory power are essentially worthless. This leaves us with only our subjective assertions, which most people do not consider to be good enough. For example, as suggested previously, Einstein’s theory about the universe is better than Newton’s theory because it explains more data. (Newton was unaware of most of the data that the special and general theories of relativity account for.) Again, calculus has more explanatory power than algebra and trigonometry because it can account for curves through derivative and integral functions, which algebra and trigonometry cannot do on their own. This applies to virtually every science and social science. The more data a theory or hypothesis explains, the better it is. With respect to life issues, this principle is important because a theory of human personhood that treats a person as a mere individual physical thing (materialism) does not explain the data of persons being self-conscious or having transcendental desires (such as the desire for complete and unconditional Truth, Love, Goodness, Beauty, and Being). Therefore, materialism’s explanation of many acknowledged human powers and activities, such as empathy, agape (self-sacrificial love), self-consciousness, the desire for integrity and virtue, the sense of the spiritual, and the drive for self-transcendence, is, at best, weak. Theories that attempt to account for and explain these data, such as hylomorphism or transmaterialism, should be preferred to ones that do not, such as biological reductionism, materialism, and behaviorism. There is another more serious consequence of the underestimation of human personhood, namely, the undervaluation of real people. If we consider human beings to be mere matter without the self-possession necessary for freedom and love, without unique lovability, or without spiritual or transcendent significance, we might view human beings as mere “things”.
If humans are viewed as mere things, then they can be treated as mere things, and this assumption has led historically to every form of human tragedy. Human beings might be thought of as slaves, cannon fodder, tools for someone else’s well-being, subjects for experimentation, or any number of other indignities and cruelties that have resulted from human “thingification”. The principle of most complete explanation has a well-known corollary, namely, “There are far more errors of omission than commission”, which means that leaving out data is just as harmful to the pursuit of truth as getting the wrong data or making logical errors. This adage is related to the moral saying that “there are far more sins of omission than commission.” In the case of the underestimation of human personhood, history has revealed how close the relationship between errors and sins truly is.”- Ten Universal Principals