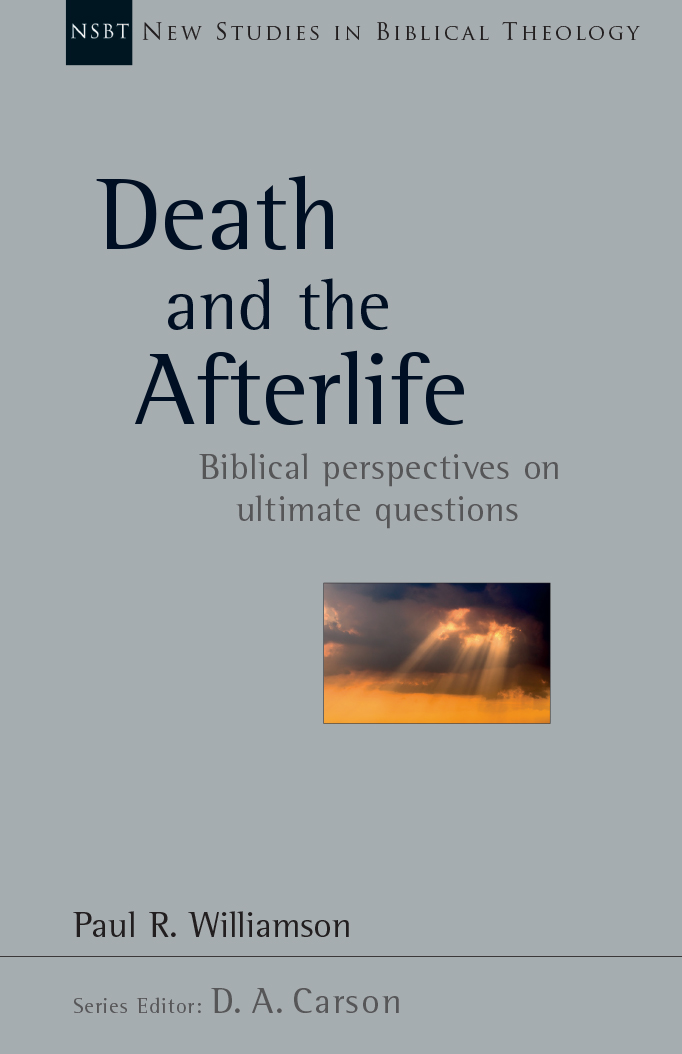 The question of what the Bible teaches about death, the afterlife, and resurrection has been something I have studied quite a bit. So when I saw Paul Williamson’s new book Death And The Afterlife: Biblical Perspectives On Ultimate Questions, I was eager to dive into such a pertinent topic. Williamson’s book is primarily exegetical not philosophical.  Though this book did mention some of the issues that were mentioned in John Cooper’s work Body, Soul & Life Everlasting: Biblical Anthropology and the Monism–Dualism Debate, the last book I read that attempted to weave together exegetical theology and philosophical theology was Stephen Davis’s  book Risen Indeed. Davis openly admitted his expertise is philosophy. Williamson’s strength is his exegetical training. Anyone who has read N.T. Wright’s Resurrection of the Son of God and has kept up with the literature knows there has been a variety of positions that have been debated for quite some time such as the nature of eternal punishment, annihilationism, and other issues. Williamson argues that these topics are the “ key”  issues in the current debate as well as the topic of “works” at the final judgment. Scholars come to different conclusions. Even though  Williamson  argues for an intermediate state,one of the strengths of Williamson’s book is that he traces the variety of views of the afterlife in both Greco Roman, ANE, Mesopotamian, and Intertestamental literature. When we take this approach, we see that Jewish texts can go in different directions. Some teach temporary disembodiment, while others teach annihilationism.

In chapter 6, which is called “ Heaven- the Ultimate Destination”?” Williamson gives a detailed description of the new heavens, new earth. So when someone asks,  ‘Is heaven the ultimate destination?’  Williamson says “we would have to say, it depends; it depends on where you mean by heaven; but more importantly, it depends on who you think will go there” (pg 192).

But just as Wright has already stressed, resurrection is  when we receive our  new resurrected bodies and we are dwelling on the new heavens and new earth.  As Williamson says:

“Understood in terms of our eschatological re-embodiment, resurrection is indeed the ultimate makeover – not in the sense of being recreated from scratch, but in the sense of being suitably transformed for the age to come; resurrection, in its eschatological sense,96 involves more than reconstruction or reanimation; that is, it is more than mere resuscitation or even re-embodiment. While both these are implicitly involved, it is clear that, for Christians at least, there will also be significant improvement. For, as Paul observes, ‘the perishable must clothe itself with the imperishable, and the mortal with immortality . . . [and] then the saying that is written will come true: “Death has been swallowed up in victory” ’ (1 Cor. 15:53–54).”- pg 94.

Here we see Williamson links the resurrection topic with eschatology. After all, they can’t  be separated. As he rightly says, the key concepts in the personal eschatology of Scripture are:
1. A disembodied existence in an interim state between an individual’s death and his/her future resurrection. 2. The bodily resurrection of both the righteous and the wicked at the time of the parousia (the second coming of the Lord Jesus). 3. A final judgment of both the living and the dead (every human being who has ever lived), according to what they have done during their earthly lives. 4. The never-ending punishment of conscious torment in hell for those who are condemned at the last judgment. 5. The everlasting reward of an immortal life with God for those who have been sanctified and perfected through faith in Jesus (pg, 22).

Overall, I would consider this book to be more of a systematic overview of death and the afterlife. I enjoyed the book and consider it a fine addition to anyone’s bibliography on the resurrection.