One day while I was out doing outreach on a major college campus, an atheist lamented to me that he tends to get quite frustrated when he begins to probe deeper as to why Christians think there is a God. He said to me one of the most common reasons many theists say there is a God is because everything is just too “complex.” For the atheist, this is quite vague. And sadly, while Christians do use this argument, they don’t do the best job of elaborating as to what they mean when they appeal to the complexity argument. I went ahead and offered a more detailed argument to the atheist as to what it means to use the word “complexity” so that he could grasp what many Christians are attempting to say. So I will repeat what I said to him here.

Complexity is a form of probability and in most cases what Christians are saying is that the probability level is very low that the entire universe, the earth, and how life got going could have happened by chance. However, chance is another word that gets a bit lost in the discussion as well. Chance in itself is not a real cause: I might say the odds of me winning the lottery are very low and I may attempt to come up with some mathematical probability of it happening.  But it is not chance that caused me to win or not win the lottery.  I think what Christians really mean to say is the following:

I was recently reading the book An Atheist Defends Religion: Why Humanity Is Better Off With Religion Than Without It, by author Bruce Sheiman. In this book, he gives a general outline from atheism as to how we came to the place of human life.

It is common for skeptics like Richard Dawkins to appeal to “chance” in the history of life scenarios. This is very problematic and here’s why: Generally speaking, two usages are commonly confused when speaking about chance: It can viewed as a mathematical probability or as a real cause. To view chance as having some sort of causal power is very problematic. Let me expand a little further on what I previously said.

If I roll a dice the chances are one in six that the number six will come out on top. The odds are one in thirty-six that two dice will both come up six and one in 216 that three sixes will be thrown on three dice. These are abstract mathematical probabilities. But it is not chance that caused those three dice to turn up sixes. Instead, it was the force of throwing them, their starting position in the hand, the angle of the toss, how they deflected off objects in their way, and other results of inertia. Chance had nothing to do with it. R.C. Sproul gives us a few things to ponder:

1. Chance is not an entity
2. Nonentities have no power because they have no being
3. To say that something happens or is caused by chance is to suggest attributing instrumental power to nothing. (1)

“Scientists rightly resist invoking the supernatural in scientific explanations for fear of committing a god-of-the-gaps fallacy (the fallacy of using God as a stop-gap for ignorance). Yet without some restriction on the use of chance, scientists are in danger of committing a logically equivalent fallacy-one we may call the ‘chance-of-the-gaps fallacy.’ Chance, like God, can become a stop-gap for ignorance.”

For more on this see the following book which is available as online pdf. 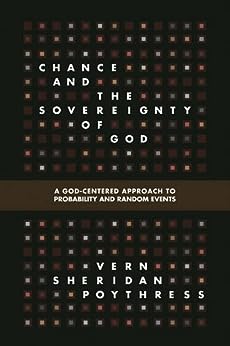