In the book An Introduction to Christian Worldview: Pursuing God’s Perspective in a Pluralistic World, the author’s note the end of life change that happened to Antony Flew. As they note, Flew was Britain’s most prominent philosophical atheist in the latter half of the twentieth century. The philosophical world was shocked when, in 2004, he declared that he had rejected the core beliefs of his atheistic worldview and now embraced the existence of a deistic creator of the universe. Flew’s atheistic worldview had been held consciously; he had examined his worldview beliefs and in fact had written copiously on questions of divine nonexistence. Nonetheless, his worldview changed as a result of his understanding of contemporary evidence from cosmology and physics that points to the existence of an intelligent designer and creator of the universe. 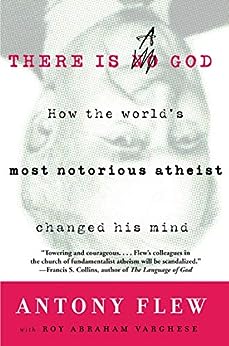 I read most of Flew’s book called “There is a God: How the World’s Notorious Atheist Changed His Mind.” When the book was released, some atheists said Flew was an senile old man. Thus, he wasn’t capable of making a good judgment. Anyway, many Christian apologists noted that Flew’s change proved that for those who are open to the evidence, a worldview conversion is possible.

While apologists are correct about a worldview conversion taking place, to the best of our knowledge, Flew never did embrace the Gospel. Yes, Flew did resurrection dialogues with Gary Habermas and noted the resurrection was the best attested miracle he had seen. But the real question is, “Should we celebrate what happened to Flew?” I think the answer is yes and no. Apologetics doesn’t convert anyone. It removes the barriers that helps people give the Gospel a serious hearing. Obviously, some of the barriers that had been in Flew’s mind did get removed. Also, cosmological and design arguments don’t give anyone saving faith. They take someone halfway and then the person must be willing to take a serious look at history. Has God spoken through Jesus? Only God know if Flew came to believe that God had spoken through His Son.

In the end, I don’t look at what happened to Flew as a total victory. Apologetics did the work it needed to do. But the final goal is bring someone to saving faith in the risen Lord. Perhaps, one day we will know what really happened to Flew.