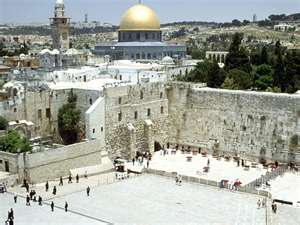 Is anyone still interested in studying prophecy? I am well aware that when many hear the word “prophecy” it can conjure up thoughts of Nostradamus, Harold Camping, or imaginary prophecy books that are sitting on the shelves of Walmart. So let us move beyond that and discuss the importance of Biblical prophecy.

1. Biblical prophecy should motivate us to holy living . It should also cause to re-evaluate our priorities. Many of us live for the moment and have no sense of the kingdom of God. While the kingdom of God has broken into human history, it still has a future aspect to it. Therefore, the message of the Gospel is “present” but “future” as well.

2. The Bible is considered to be God’s revelation to mankind. However, The Quran, The Book of Mormon, and other holy books are considered to be The Word of God. Messianic prophecy has apologetic value in that it confirms the Bible as a true revelation.

3. Historical Verification: Has God revealed Himself in the course of human history? If so, when and where has He done this?

4. Fulfilled prophecy is a distinctively accessible and a testable kind of miracle. The prophecy was made and its accuracy cannot be explained either causally (for example, on the ground that it brought about its own fulfillment) or as accidental, and hence that it was probably miraculous (see J.L. Mackie in Swinburne, Miracles, 90).

The word “Messianic” has a much wider range of meaning than “Messiah.” “Messianic” usually refers to everything in the Hebrew Bible when it refers to the hope of a glorious future. The term “Messiah,” meaning “anointed one,” is taken from the Hebrew word “masiah” which appears thirty-nine times in the Hebrew Bible. In the Septuagint, which is the Greek translation of the Old Testament, the term Messiah is translated as “christos” which was one of the official titles for Jesus within the New Testament. The “one who is anointed” was commissioned for a specific task. Some of the titles for the Messiah are Son of David (Matt. 1:1); Son of Man (Dan. 7:13); My Son (Ps. 2:7); My Servant (Matt. 12:18); My Elect One (Is. 42:1); The Branch (Zech. 3:8; 6:12); Wonderful, Counselor, Mighty God, Prince of Peace (Is. 9:6).

Remember, in relation to direct/predictive prophecy, a prophecy to be predictive it must meet the following criteria:

1. A biblical text clearly envisions the sort of event alleged to be the fulfillment.
2. The prophecy was made well in advance of the event that was predicted.
3. The prediction actually came true.
4. The event predicted could not have been staged but anyone but God.

A Prophecy About The Messiah’s First Coming: The Timing of Messiah’s Coming: Gen. 49:8-10

The Messianic title “Scepter” is related to the timing of Messiah’s coming in Gen. 49:8-10:
“Judah, your brothers shall praise you; Your hand shall be on the neck of your enemies; Your father’s sons shall bow down to you. “Judah is a (I)lion’s whelp; From the prey, my son, you have gone up He couches, he lies down as a lion, And as a lion, who dares rouse him up? The scepter shall not depart from Judah, Nor the ruler’s staff from between his feet, Until Shiloh comes, And to him shall be the obedience of the peoples.”

We see the following about this passage:

1. The Messiah has already been declared to be a man, descended from Abraham (Gen. 22:18)
2. His decent is now limited to being a son of Judah
3. He is going to be a King
4. The Scepter and Rulers staff indicate royalty

Although the eleven brothers did not fall down before Judah himself, their descendants did prostate themselves before David the first member of the tribe of Judah to reign as king. Genetically, the descendants of the brothers in the brothers did not bow before both Judah and his posterity including his greater son, Jesus Christ. The word “Shiloh” means “to whom it is.” According to Jacob, the scepter, or symbol of self-government concept ended with the destruction of Jerusalem by the Romans (A.D. 70). “Shiloh” had to come before that event. (1)

This verse indicates that He (The Messiah) will have to come before the Tribe of Judah loses its identity. The records which by tribal identities were maintained were kept in the Jewish Temple. Genealogical records were so carefully maintained by families and tribes that a Jew in the first century could trace his lineage back two thousand yrs to the 12 sons of Jacob. All these records were lost in 70 A.D. Within in a generation, all the tribes of Israel with the exception of the tribe of Levi lost their identity. The rabbis passed laws which would preserve the identity of the tribe of Levi, but Jews from other tribes lost their identity. Therefore, the Messiah will have to come before 70 A.D. How is this relevant today? If someone comes into the word today and claims to be the Jewish Messiah, there is no way to objectively verify they are from the tribe of Judah. (2)

“Listen to Me, O islands, And pay attention, you peoples from afar, The LORD called Me from the womb; From the body of My mother He named Me. He has made My mouth like a sharp sword, In the shadow of His hand He has concealed Me; And He has also made Me a select arrow, He has hidden Me in His quiver. He said to Me, “You are My Servant, Israel, In Whom I will show My glory.” But I said, “I have toiled in vain, I have spent My strength for nothing and vanity; Yet surely the justice due to Me is with the LORD, And My reward with My God.” And now says the LORD, who formed Me from the womb to be His Servant, To bring Jacob back to Him, so that Israel might be gathered to Him. For I am honored in the sight of the LORD, And My God is My strength, He says, “It is too small a thing that You should be My Servant to raise up the tribes of Jacob and to restore the preserved ones of Israel; I will also make You a light of the nations so that My salvation may reach to the end of the earth.” Thus says the LORD, the Redeemer of Israel and its Holy One, To the despised One, To the One abhorred by the nation, To the Servant of rulers, Kings will see and arise, Princes will also bow down, Because of the LORD who is faithful, the Holy One of Israel who has chosen You.”

In this passage, the servant is called “Israel,” while this figure is also distinguished from Israel as the one who will bring the nation of Israel back to God. This figure will bring “salvation to the ends of the earth.” A study of the rabbinical literature (such as The Life and Times of Jesus the Messiah by Alfred Edersheim) describe these passages as being about the Messiah. How might Jesus be the literal fulfillment of such a passage?

The purpose of Israel was not to be a blessing to herself. Therefore, through her witness, the world will either be attracted or repelled towards the God of Abraham, Isaac, and Jacob. The entire promise to Abraham in Gen 12:3 God declared that the Messianic blessing for all the world would come from the seed of Abraham: “I will make you into a great nation and I will bless you; I will make your name great, and you will be a blessing. I will bless those who bless you, and whoever curses you I will curse; and all peoples on earth will be blessed through you” (Gen. 12:2–3; cf. 22:18). Even Paul states that “The promises were spoken to Abraham and to his seed. Paul did not state that the promise said ‘and to seeds,’ meaning many people, but ‘and to your seed,’ meaning one person, who is Jesus Christ” (Gal. 3:16).

Hence, it should be no surprise that in Matthew’s opening chapter, he says,” The record of the genealogy of Jesus the Messiah, the son of David, the son of Abraham “(Matt. 1:1). The Messiah is not only of Davidic descent, but will bring fulfillment to the Abrahamic Covenant. This is why just as Israel is called to be a light to the entire world, the Messiah’s mission is also to be a “light to the nations” (Isa. 49:6).

In relation to Jesus’ Messiahship, while a remnant believed in Him, what is more significant is that Christianity is now the home of 1.4 to 2 billion adherents Sure, large numbers don’t make a faith true. But another traditional view is that the Messiah will spread the knowledge of the God of Israel to the surrounding nations (Isa.11:9;40:5;52:8). Are there any other messianic candidates that have enabled the world to come to the knowledge of the one true God other than Jesus? Furthermore, the work of Jesus is still being fulfilled. More Gentiles are coming to faith in the God of Abraham, Isaac, and Jacob every day. Is it just a coincidence that when the Messiah came, He is rejected by the majority of Israel (as seen in Isa, 53), and the door opened to the nations to come to faith in the God of Israel?

3. Prophecies About the First and Second Coming of Jesus

A look at Psalm 2

“Why are the nations in an uproar And the peoples devising a vain thing? The kings of the earth take their stand And the rulers take counsel together Against the LORD and against His Anointed, saying, “Let us tear their fetters apart And cast away their cords from us!” He who sits in the heavens laughs, The Lord scoffs at them. Then He will speak to them in His anger And terrify them in His fury, saying, “But as for Me, I have installed My King Upon Zion, My holy mountain.” “I will surely tell of the decree of the LORD: He said to Me, ‘You are My Son, Today I have begotten You. ‘Ask of Me, and I will surely give the nations as Your inheritance, And the very ends of the earth as Your possession. ‘You shall break them with a rod of iron, You shall shatter them like earthenware.’” Now therefore, O kings, show discernment; Take warning, O judges of the earth. Worship the LORD with reverence And rejoice with trembling. Do homage to the Son, that He not become angry, and you perish in the way, For His wrath may soon be kindled. How blessed are all who take refuge in Him!” (NASB)

After reading this, a few things stand out:

2. Psalm 2 should be read as a coronation hymn, (similar to 2 Kings 11:12) and today marks the moment of the king’s crowning.

3. Is this passage referring to King David? God tells the person to whom he is speaking that He is turning over the dominion and the authority of the entire world to Him (v 8).

How does Jesus fulfill this text?

The Christian should not shy away from studying messianic prophecy. It is through the study of prophecy that the Christians can gain a greater understanding of what God has done and is currently doing in the world around us.

One thought on “Evidential Apologetics: Three Kinds of Messianic Prophecy”