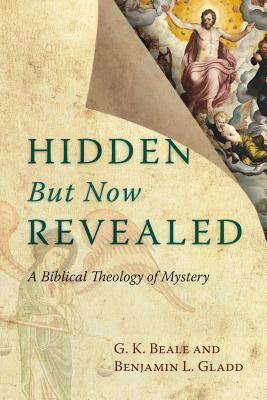 Anyone that’s read through the Bible can’t help notice the use of the word ‘mystery’ in both Testaments. Furthermore, anyone that has wrestled between the relationship between both Testaments can’t help but notice the challenge of both the continuity and discontinuity in the Bible. In this book, Beale and Gladd help show that an adequate understanding of how ‘mystery’ is used in the Bible can shed light on the continuity/discontinuity challenge. For example, in their chapter on Paul’s use of mystery in Romans, how is it that Israel went from being the light to the Gentile nations, to the Gentiles being the light to Israel? In other words, we see a complete role reversal. Did Paul anticipate this or was it a mystery that he talks about in Romans? The same questions can be asked in Ephesians. The authors do a fine job of highlighting the use of mystery in the Second Temple Period and how the Qumran community made use of the mystery theme. The authors also demonstrate how the use of mystery in Daniel plays a significant role in several parts of the New Testament. What’s more significant is that Jesus spoke of a mystery form of the kingdom (Matt. 13:11) that is taking place between His first and Second Coming. Jesus now offers an invisible, spiritual reign through a new birth to both Jew and Gentile that will last throughout eternity (John 3:3-7; 18:36; Luke 17:20-21).

Once again, Beale and Gladd summarize this kingdom  that is revealed is  (1) for the most part invisibly, so that one must have eyes to perceive it (2) in two stages (already- and- not yet), (3), growing over an extended time from one stage to the last stage, (4) God’s opponents are not defeated immediately all together, but the invisible satanic powers are first subjugated and then at the end of time, all foes will be vanquished and judged and (5) saints are not being separated from the ungodly in the beginning stage of the kingdom, but such a separation will occur on the last day, when Jesus’ followers receive their reward and the latter punishment. Hence, the Jewish expectations of the kingdom what would come would be (1) visible, (2) all at once, (3) in complete fullness, (4) when God’s enemies would be defeated  and (5) the saints are separated from the ungodly, the former receiving reward and the latter punishment.

The most challenging chapter is called The Cognitive Peripheral View of Biblical Authors.  While I don’t share Beale’s view that the Church is the new Israel, I think this is an excellent resource for anyone who wants to try to bridge both Testaments.